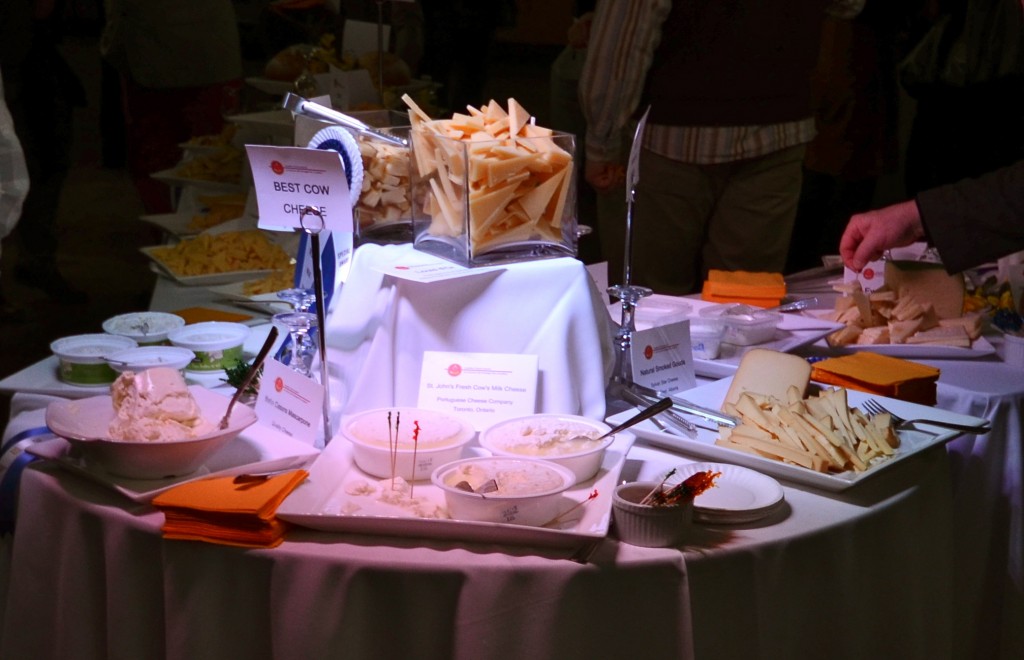 The best 100 artisan and farmstead cheeses made in Canada—featuring the 2016 Cheese of the Year—will be presented to the public for sampling at a Tasting Gala on April 14 at Time Supper Club in Montréal. 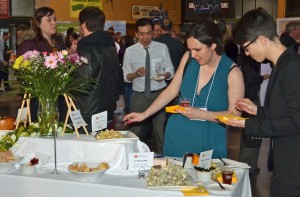 The Awards Ceremony with announcement of winners takes place in the afternoon followed by a reception for the cheese industry. The Tasting Gala opens to the public at 6 p.m. at Time Supper Club in downtown Montréal.

More than 100 cheeses will be on display at the Tasting Gala, finalists in the competition after two days of judging in February at University of Guelph in Guelph, Ontario, the second oldest dairy school in Canada. In the spotlight will be 31 category winners and the Grand Champion, Canada’s Cheese of the Year. Many cheesemakers will be at the Gala to engage with consumers.

Admission includes more than 100 different cheese to sample as often as you wish, plus crackers, charcuterie and condiments. All you can eat, really! Wine, beer, cider, sparkling water and juices available for purchase. 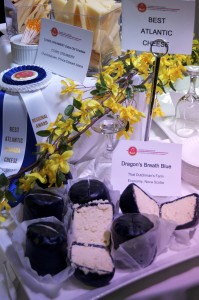 Finalists are equally divided between Québec and other cheese-producing regions in Canada. They include large and small producers from Nova Scotia to British Columbia.

The Farm House Natural Cheeses, a small producer in Agassiz, British Columbia, and Quality Cheese in Vaughan, Ontario, each garnered the most nominations as finalists: eight. That Dutchman’s Cheese Farm of Upper Economy, Nova Scotia, has five nominations. One of the newest cheese producers in Canada, Stonetown Cheese in St. Mary’s, Ontario, is a finalist in the new-cheese category.

The big battle in Québec is for Best Québec Cheese honours. There are seven finalists: 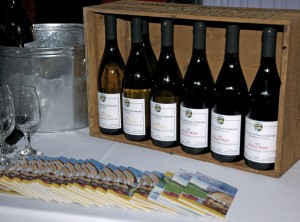 The Host Hotel is Hôtel Le Dauphin Montréal, a few minutes’ walk from Palais des Congrès. A limited number of rooms at $143 per night is available. To make a reservation telephone 514.788.3888 and mention code SIAL 2016.

Loblaw Companies and Provigo are Marquee Sponsors. Additional support is provided by Dairy Farmers of Canada and Desjardins Group.

Judging took place in February at University of Guelph, Department of Food Science, headed by Dr. Arthur Hill, Chair and Professor in Food Science and an internationally recognized authority in cheese technology. The Awards Jury comprised 12 experts in cheese.

The independent competition is open to all milks used in cheesemaking in Canada—cow, goat, sheep and water buffalo—with only pure natural cheese accepted for judging. That means with no artificial colours, flavours or preservatives, and no modified milk ingredients. 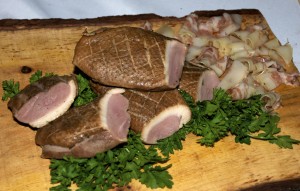 As a service to the cheese industry and a guide for consumers, the biennial Canadian Cheese Awards/Le Concours des fromages fin canadiens is organized by The Great Canadian Cheese Festival, the biggest artisan cheese show in Canada held annually in June in Ontario’s Prince Edward County, in Bay of Quinte Region near Belleville.

If you work in the cheese industry, click here to obtain information about trade registration.